SUFFOLK — Officer Zach Hyman was filling out a routine police report during restaurant dinner break in late February when a call came over his radio about a car going off the road on Route 58.

“It was a high priority call,” the Suffolk officer said. “Accident with injuries.”

The car had crashed into the water and was partially submerged, the dispatcher told Hyman. Two people were trapped inside — a 2-year-old girl in a car seat in the back and a 73-year-old woman in the front passenger seat.

What happened over the next several minutes that Feb. 25 night saved two lives and led to Hyman being named the “Top Cop” of the year for Greater Hampton Roads area in 2021. He spoke to the The Virginian-Pilot and Daily Press this week about the harrowing rescue.

Following the 9:15 p.m. call, Hyman drove 2½ miles to the scene in the 1900 block of Portsmouth Boulevard, near the landfill off Route 58 near Bob Foeller Drive.

The car had gone into water in a median in the six-lane road, and Hyman saw that the car’s driver had managed to get out. “He was frantic, yelling that his daughter was in the water still in the car,” said Hyman.

The 29-year-old man Hampton man fell asleep at the wheel before the crash. Watching the car sink, he was almost incoherent because he was so nervous, Hyman said.

“I gotcha, I gotcha,” the officer told the man, according to video footage of the incident.

Hyman spotted the sedan — down a seven-foot embankment, about five feet from shore. Its front-end was tilting nose-first into the water. Two men already were at the car, passers-by who were trying to help.

Hyman, who’s been on the Suffolk force for about 5½ years, quickly took off his duty belt, telling dispatchers he was off his portable radio. With the air temperatures about 43 degrees that February night. he jumped into the frigid waters in his short sleeve patrol uniform.

He saw water rising to the toddler’s chest as she cried. One of the passers-by was holding the girl’s head above water through the broken out rear window.

Hyman took out a window punch tool — a spring-loaded device that shoots out a metal point — and shattered the side window near the car seat.

But as he treaded water in the murky creek in the dark, supporting his weight with his arms on the window opening, Hyman had a difficult time unhooking the car seat’s harness. He took out his pocketknife and cut it in two spots.

“As I was moving the straps out of the way, the water was going right up to (her mouth), and she started gurgling water,” he said. “That was very close.”

Hyman lifted the toddler from the seat, and the civilian pulled her through the rear window and took her to shore. “We got your baby,” the officer told the girl’s father.

The officer then turned his attention to the woman trapped in the front passenger seat. She was was still conscious, but panicking as the water rose.

Hyman used his punch tool to break that window, too. He reached in and cut the seat belt with his knife, then tried to pull the woman through the window. He was worried she might get cut going through the broken window.

“But it’s one of those moments,” he said. “It’s better to have a few cuts than to drown.”

Hyman then cut another piece of the seat belt, and he and a civilian together pulled the woman out through the window. The officer took her to shore, also managing to retrieve the purse that she was gripping tightly because it contained her asthma inhaler.

“Probably about 30 seconds after we got everybody out of the car, I remember looking behind me, and the car is completely submerged,” he said. “It was gone.”

By that point, other emergency personnel were on the scene. Hyman had some forearm cuts from the rescue, and was shivering badly from the frigid water. He was taken to the hospital, where he was treated for hypothermia for a couple hours.

“But nobody died, and that’s all that matters,” Hyman said.

For his efforts that February night, Hyman was voted the “Top Cop” for Greater Hampton Roads in 2021, over “top cops” from other police agencies. The awards, sponsored by Regional Crime Lines Inc., were handed out Nov. 20 at the Smithfield Center.

In that incident, a man drove off the road into the water about a quarter mile from the site of the February accident. Hyman and an officer in training, Veronica More, were the first to arrive.

But the car was more submerged by that time, and the driver was unconscious under the water. Hyman and More got him out, swam him to shore, and began CPR. But he couldn’t be revived.

So when the February call came in, Hyman knew right away it was a life-or-death situation.

“I already knew the water was cold, and I knew what I was getting myself into,” he said. “I just knew I had to just get there.”

“The adrenaline is in your system. And the mindset the whole time is, ‘You know what, I have a job to do, and I need to do the best I can the whole time.’”

If Hyman wasn’t close to the scene at the outset, he said, the outcome could have been very different. He had the crucial tools to help get the people out. He also credits the good Samaritans who stopped to assist. Without them, the rescue “would have been a lot harder.”

At the Nov. 20 luncheon, Interim Suffolk Police Chief Alfred Chandler credited Hyman for the rescue, and praised bystanders who “jumped into action to help.” 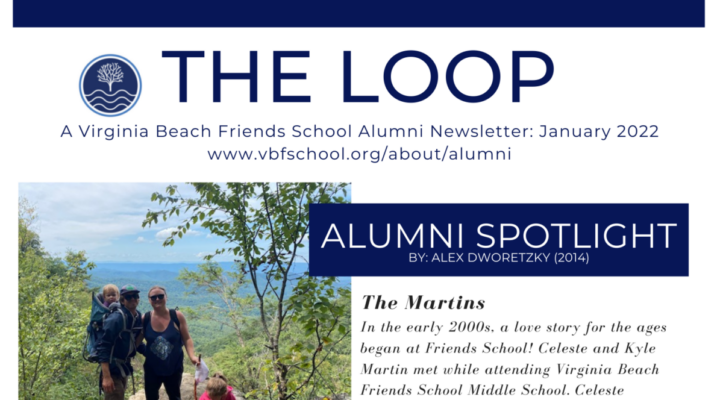 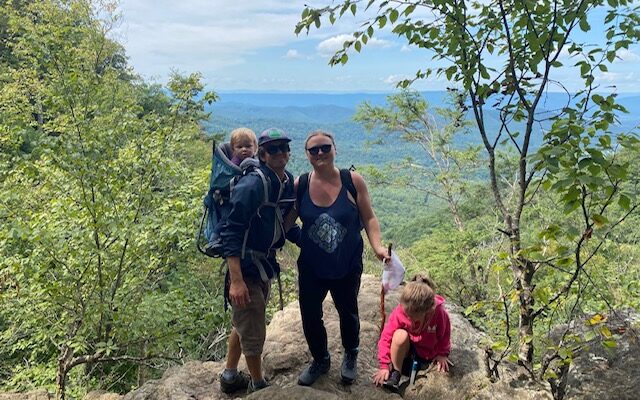 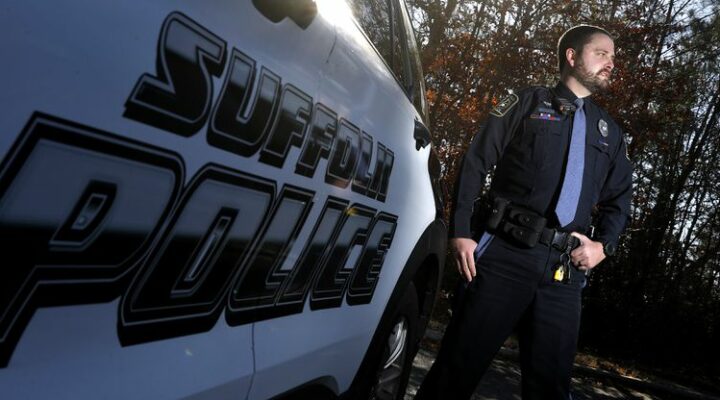 Now that the colder weather has settled in, trips

Zero, our school pup, is caught roaming the librar

It’s BACK! Tickets for our first Winter Gala in

Kindergarteners were able to watch the famous publ 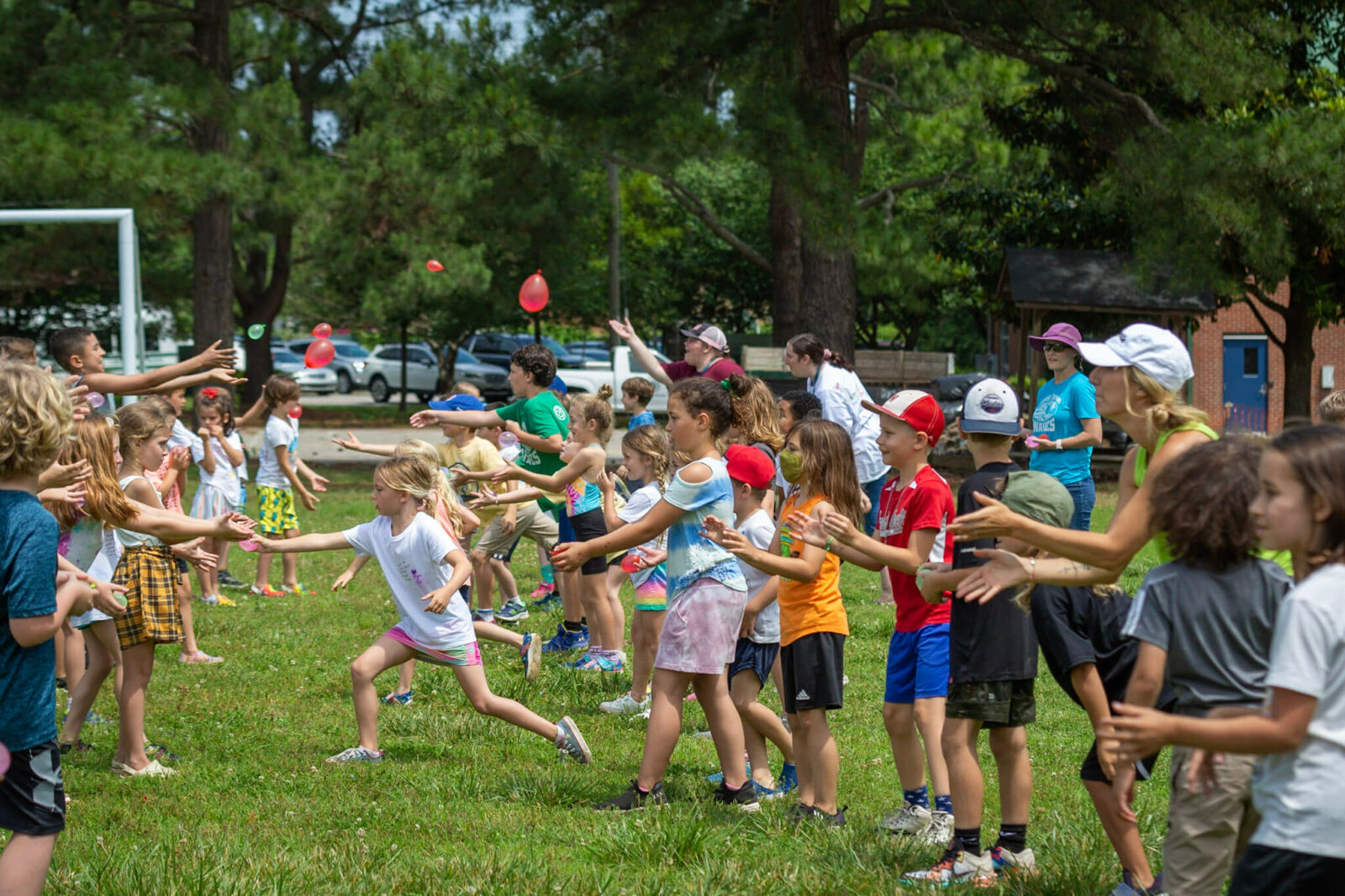